The first organ transplants performed were crude affairs with low survival rates—but they were often last resorts anyways, the path taken when all other options had been exhausted and the patient’s death was imminent. Still, they were the necessary first steps towards changing the entire face of medicine and treatment of diseases. Now the problem is not technology or skill of the surgeons (or, these days, machines), but availability of organs to be transplanted into the patients who so desperately need them, and even with the option of every adult in the United States to sign up to be an organ donor in case of their death, there are severe shortages.

In the United States, at any given moment, there are one hundred thousand people waiting for an organ transplant, and many of them may die before a donated organ becomes available (especially those organs such as lungs or hearts that necessitate another person’s tragic passing away to become available). And all of these problems are in the United States, where there is a defined process for how organ donations and transplants are to happen. What about in other countries, where those making the donations may be less than willing, or giving up their organs in exchange for basic needs such as food or shelter? The organ black market claims almost as many victims as the diseases themselves, and they are the silent victims, usually poor and disregarded. This is a tragic and unjustifiable abuse of human life.

More and more, doctors and researchers are turning to the idea that stem cells may hold the key to this problem. Research into stem cells has always been quite promising, but early studies were deeply controversial due to the fact that the only pluripotent cells scientists knew of were extracted from five-day-old fetuses. You can see how such a thing would have a poor public image and lack of support. Recent studies have been established, however, into exploring other options. Stem cells from bone marrow, or even adipose tissue. Organs grown from a person’s own stem cells that are autologous and therefore pose no risk of rejection from the patient’s body.

Stem cells’ regenerative abilities may prove to save hundreds of thousands of lives, both in those who are in need of new organs and no longer need to wait for tragedy to strike the life of another person but can have their own personal DNA grow a new organ entirely, and in the lives of those who are forced to enter the organ black market just to make it through their daily lives or because they have no other choice. No longer will the frantic search for a DNA/blood match have to happen throughout a person’s family or the extended population if the person has no immediate family be necessary; personalized organs will save all of those lives if research and study show that such mechanisms are ultimately possible. Some of such studies are due to present their results as soon as 2016.

Previous Post WHAT SHOULD YOU KNOW ABOUT A CAR FINANCE DEALER? SOME POINTS TO CONSIDER
Next Post Possible Economic Trends In Upcoming Years 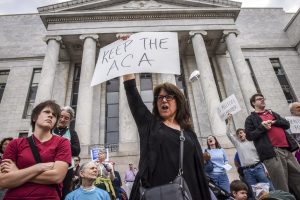 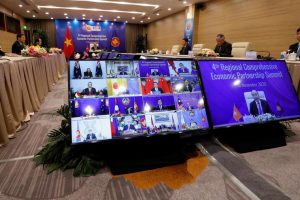 What do you mean by Trading Blocs? What are its advantages and disadvantages?

You can find out more about which cookies we are using or switch them off in settings.

This website uses cookies so that we can provide you with the best user experience possible. Cookie information is stored in your browser and performs functions such as recognising you when you return to our website and helping our team to understand which sections of the website you find most interesting and useful.

Strictly Necessary Cookie should be enabled at all times so that we can save your preferences for cookie settings.

If you disable this cookie, we will not be able to save your preferences. This means that every time you visit this website you will need to enable or disable cookies again.