Today the long awaited press conference by Sheriff Joe Arpaio’s office took place at 5:30pm EST. Its goal was to bring forth new evidence that provides indisputable evidence that the birth certificate of Barack Hussein Obama is in fact a forgery.

The Sheriff’s Office spokesman, Lisa Adams, opened the conference and said that they hope to take no more than 60 minutes to complete. She also said that no questions would be answered in regards to anything unrelated to the press conference pertaining to Sheriff Joe Arpaio, such as the recent immigration ruling by the Supreme Court. She also scolded the media for their lack of reporting and their scoffing at the investigation. She then encouraged them to keep an open mind.

Sheriff Joe then took to the podium and took only a few moments to run down the history of the investigation and introduce Mike Zullo, the Cold Case Posse lead investigator.

Previous Post CHECK OUT SEVERAL FACTORS RESPONSIBLE FOR THE ECONOMIC RECESSION IN 2020
Next Post Is Trump Changing The Concept Of International Politics? 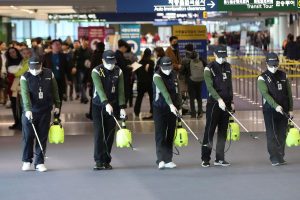 How is international Politics Fumbling the COVID-19 Response?

What Is The Hidden Reality Behind The US Presidential Election?

You can find out more about which cookies we are using or switch them off in settings.

This website uses cookies so that we can provide you with the best user experience possible. Cookie information is stored in your browser and performs functions such as recognising you when you return to our website and helping our team to understand which sections of the website you find most interesting and useful.

Strictly Necessary Cookie should be enabled at all times so that we can save your preferences for cookie settings.

If you disable this cookie, we will not be able to save your preferences. This means that every time you visit this website you will need to enable or disable cookies again.